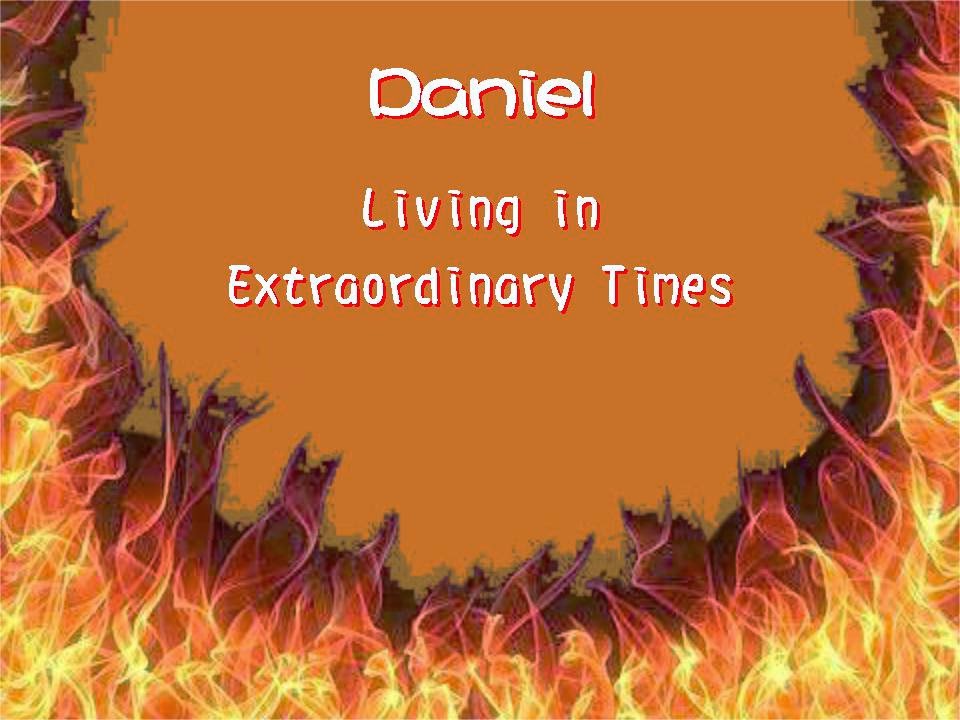 God raises up his man in times of crisis.

Today we are also living in a time of crisis.  Sometimes we give excuse to ourselves that we live in difficult turbulent times, therefore it is difficult for us to stand up and live out our faith.  Look at Daniel.  He was a man of tremendous courage.  He was a man with fearless spiritual commitment to Yahweh God.  He could never be bought with money and power as Belshazzar attempted on him.  He was a man that was not corrupted by power and authority.  He was a man of prayer who knew how to pray and get through to God. He was a man who loved God and beloved by God.  He was a man of crisis and lived through the difficult times in history, and his life 'shone forth' like the stars in the sky.

Daniel 12:3 "But those who are wise shall shine like the brightness of the sky above."

Let us not make excuses for ourselves anymore.
Will you also become wise in this generation?
Will you make that choice for God today?

God help us to have many Daniels in these last days.