Please note that there were other Israelites in this group.  The author just wants to focus on these 4 people in the rest of the chapter. 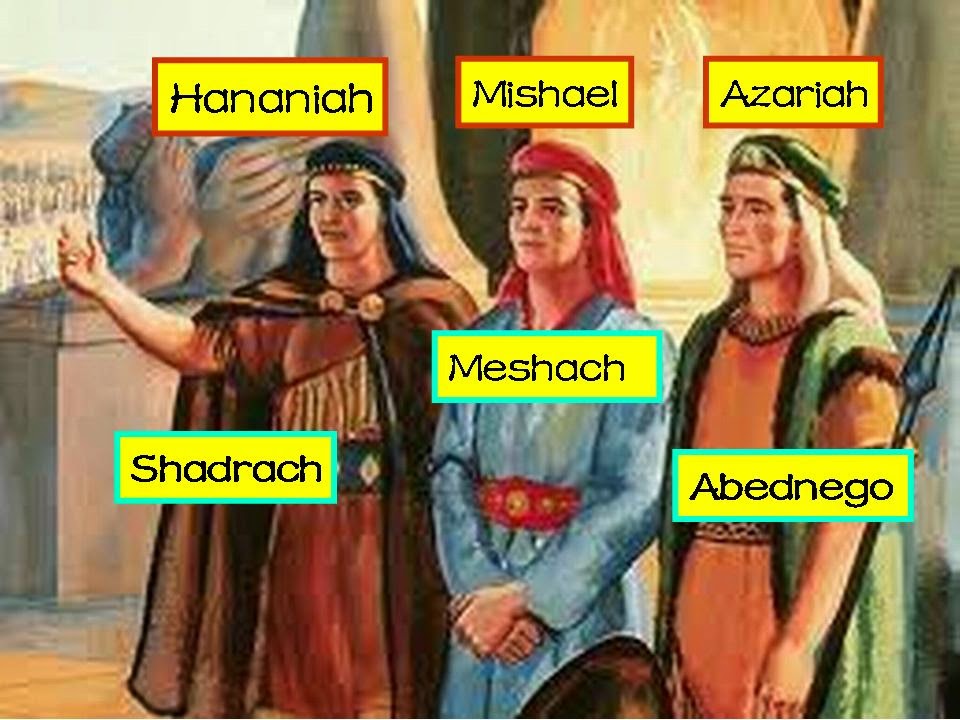 First, let's take a look at their names.

Their Hebrew names are meaningful to them for they represented God.

You will see either 'el' or 'yah' attached to their names:

Obviously these children had godly parents who gave them names reminding them of Yahweh Himself and His goodness.


Now, King Nebuchadnezzar changed their identities by giving them Chaldean names in order to assimilate them quickly to the Chaldean culture and their gods.

Previously their names proclaimed their allegiance to God ( the "el" and the "iah" in their names).  Now, their new names identified them with the gods of the Chaldean . 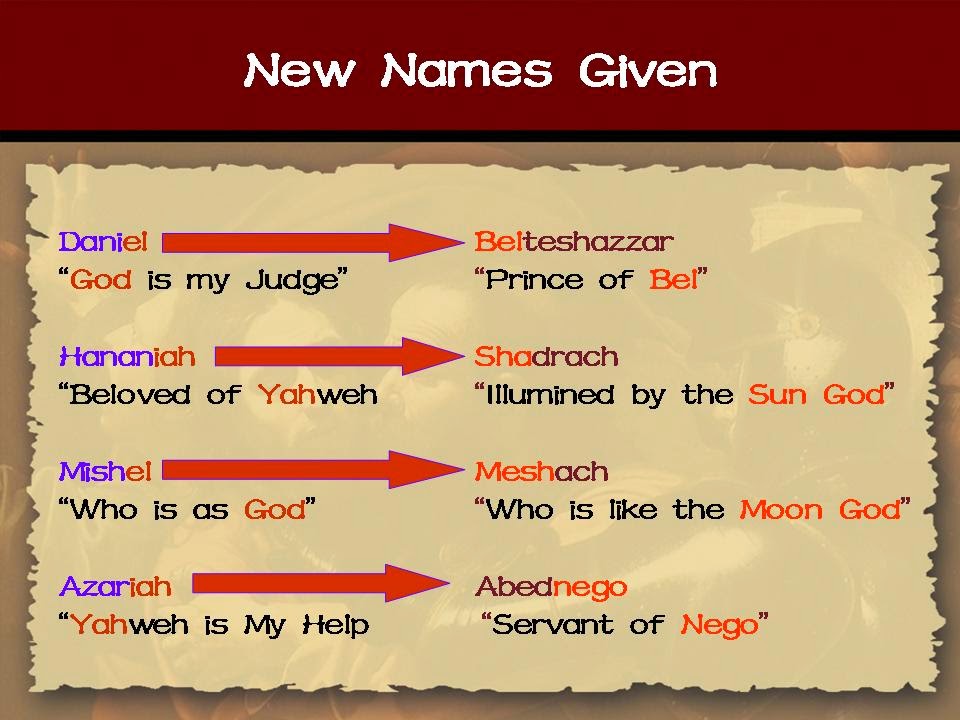 In each instance of the Babylonian substituted names, they all exalted the heathen idols and names of Chaldean gods.


With new identities, the king hope that these youths would forget about Yahweh God and wipe out their spiritual heritage back home in Jerusalem.

With new names given, they would forget their roots and adopt to the new Chaldean philosophies and the paganistic idolatrous life-style.

King Nebuchadnezzar did all he could to "indoctrinate" these young captives to forget about their past and wipe out their memory of Jerusalem.  Daniel and his friends were to be 'Babylonianized' into the pagan culture.  Pressure was put upon them to totally conform and shape into the 'Babylonian' mold of life.

They were under a spiritual pressure cooker to worship the pagan gods.  They were pressured intellectually, psychologically and socially to compromise to go for the world.


Daniel and his 3 friends were wise people and did not allow the bombarding of outward & environmental changes to stray their hearts from remaining loyal to God.  The Babylonians could change their names, education, diet, and homes, but  they could never change their hearts and devotion to God unless they allow it to happen. The world wants to 'conform' us.  God 'transforms' our hearts.   As the wisdom of Proverbs say, "Keep you heart with all vigilance, for from it flow the springs of life." Proverbs 4:23