Here is a Spiritual Challenge to all of us:

Daniel 1:8  -  Daniel 'resolved' that  he would 'not defile himself' with the King's food or with the wine that he drank.  Therefore he asked the chief of the eunuchs to allow him 'not to defile himself.' 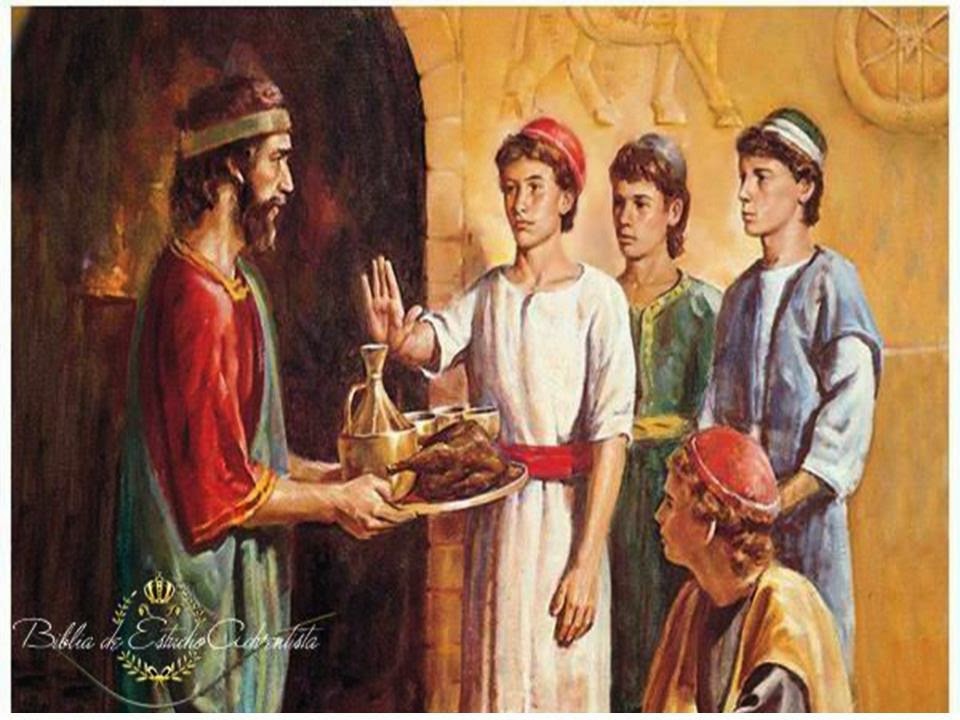 So here are these young captives being fed with the same meat the King eat!  Imagine!  And they get to drink the wine that he drinks!  The king's food and wine can be compared to a buffet of food in hotels where you get a variety of the best choice of food and wine.  Wine was expensive in those days, so Daniel and his friends could have just let loose, and let themselves enjoy the pleasure of life which they were entitled to, just like all the others.

Why would anybody object to this?  Would you object to eat the King's meat and drink the King's wine?  All this is paid for and you don't even need to pay one cent.  They can dine and feast like princes and sons of the monarch.

They are given the golden opportunity to live a royal life of plenty and luxury.  It is a living standard far above what they had back home in Jerusalem.

Here is Daniel in the new world.   He could have chosen to live this new luxurious lifestyle and nobody would question him.  There was nobody to watch over him from his past.  After all, it was the king's offer for him to have the best food and wine for the 3 years to come.


Would you object to this great offer?  When in Rome we do what the Romans do.  When in Babylon, do what the Babylonians do.  Follow the customs, the lifestyle, the food and the fashion of the day.  What they do, we do. What they think we think.  How they act, we act.  Where they go, we go. We all want to be accepted in the 'norm'.


Look at the 2  different reactions in this group:


1.  Most of the captives in this group did NOT give it much thought and accepted the king's offer.

2.  But Daniel declined the offer!

The answer is in Dan 1:8 ... he resolved he would not defile himself.  "Defile" is a very strong word.  Why would the king's food defile him?

What does it mean when it says "Daniel resolves not to defile himself"?

We will look into this tomorrow.