The Book of Daniel begins with the King of Babylon conquering Jerusalem, deposing its king, and taking some of its royal and noble young men captive. 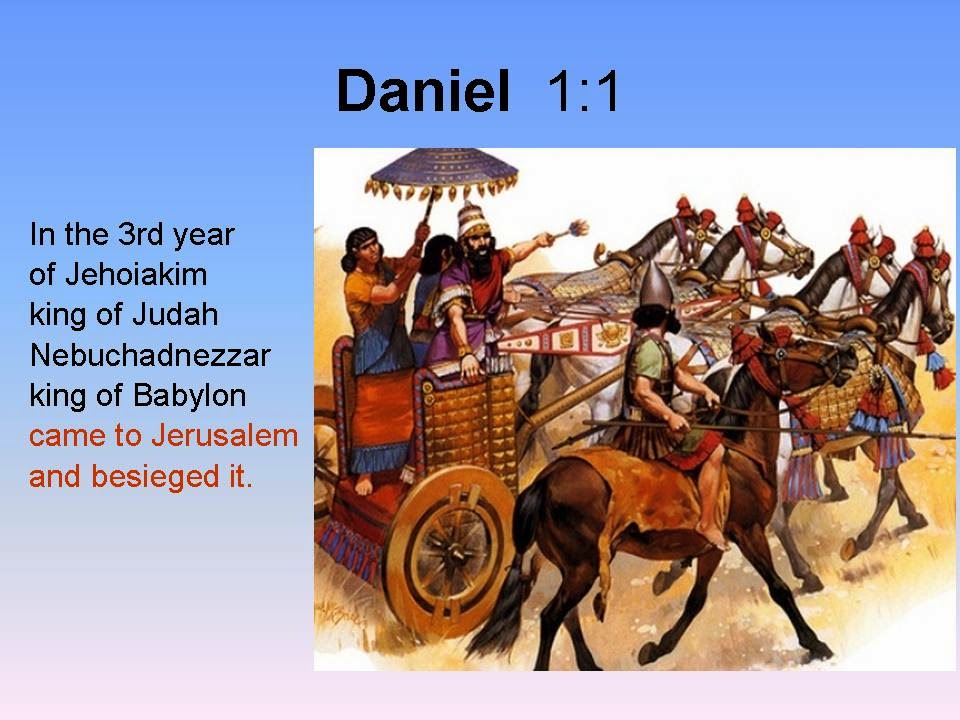 This phrase has deep spiritual significance.  Read this sentence carefully.

Here is the historical context:  God had prophesied long ago to the earlier King, Hezekiah, that the nation would be delivered to Babylon.  (2 Kings 20:16-17; Isaiah 39:5-6).  And the years had passed.  Did people take God's word to heart?  In fact, a century has passed.  People had forgotten God's words.  God sent prophets continuously to Jerusalem to warn the nation of their disobedience.  The people were stiff-necked and did not repent.  Continuous warnings were given that if they continued to disobey, judgment would come on the nation.

The time has come -  Judgment is at hand.

Judgment has coming upon Jerusalem.  "And the Lord gave Jehoiakim, king of Judah, into his hand." (Daniel 1:2)  The people of God were delivered into the hands of Nebuchadnezzar.

Imagine!  God actually delivered His people into the hands of the enemy.

This is the consequence of sin of disobedience.  Can you feel the pain in God's heart?

Nebuchadnezzar did not have in mind to destroy the temple at this time. He wanted the nation of Israel to surrender to Babylon. So this was not a complete conquering of Jerusalem as "only part" of the vessels were taken back to Babylon.

God was giving time for the nation of Israel to repent.  Jeremiah warned the nations that they either completely surrender to Babylon or they will be wiped out in Jerusalem which eventually was the path they chose. 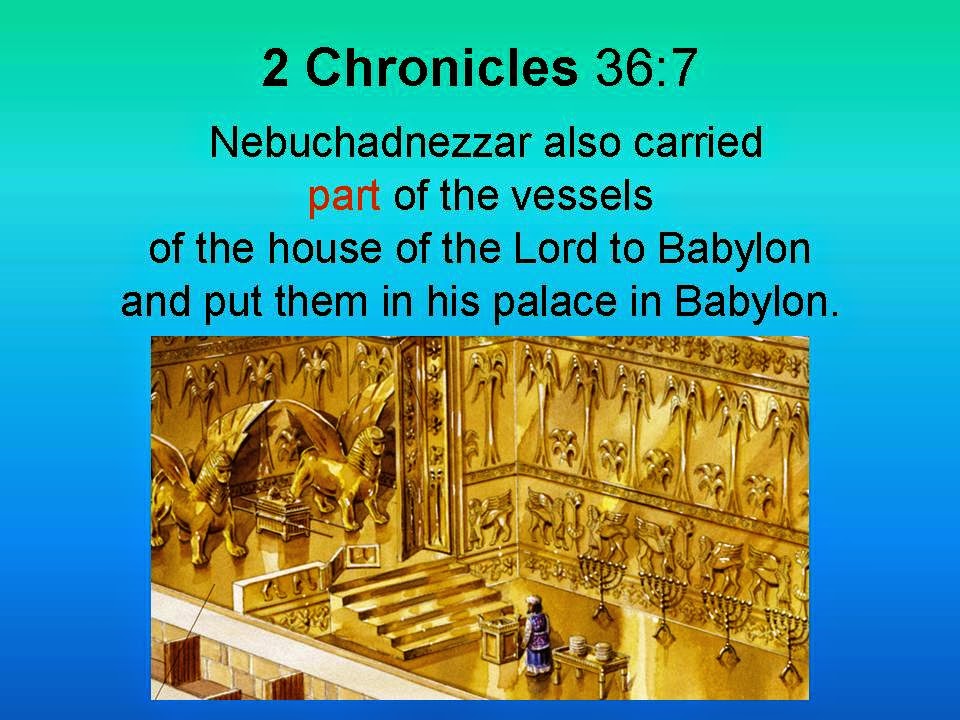 From history, we know what happened to the nation of Israel. They did not heed God's warnings.

How readily are we to heed to these warnings and repent quickly of our ways before the judgment comes?