15. The Three Dates of the Exiles

When we study Daniel, we need to be aware of the 3 prophets that Yahweh God raised up to shepherd His people during this tumultuous time.

They all experienced the three dates of the Babylonian captivity when Israelites were driven out of their land to Babylon: 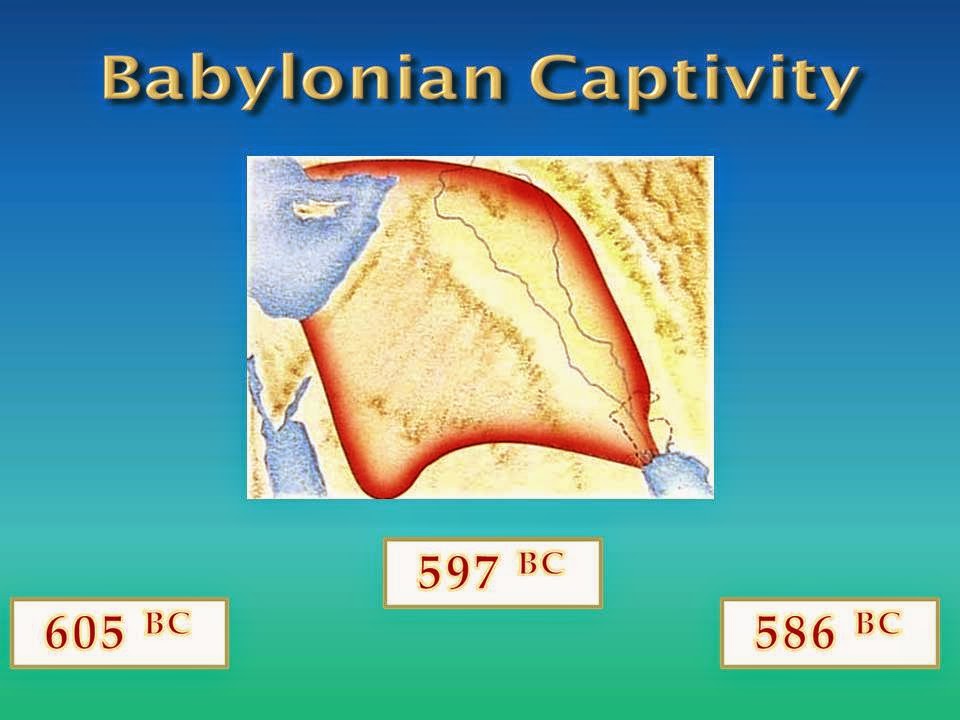 
Daniel and other members of Judah's elite were taken into captivity.


Ezekiel along with 10,000 men of valor were taken into captivity.  King Jehoiachin along with other members of the royal family were taken to Babylon.


After a siege of lasting approximately one and a half years, Jerusalem was conquered and destroyed. Most of the people were taken into captivity along with articles from the temple. Jeremiah and  the poorest people remained.


Take out your Timeline Graph and fill in Ezekiel and Daniel's age when Jerusalem was destroyed in 586 BC.  While we know Ezekiel's age, Daniel's age is an approximate estimation. 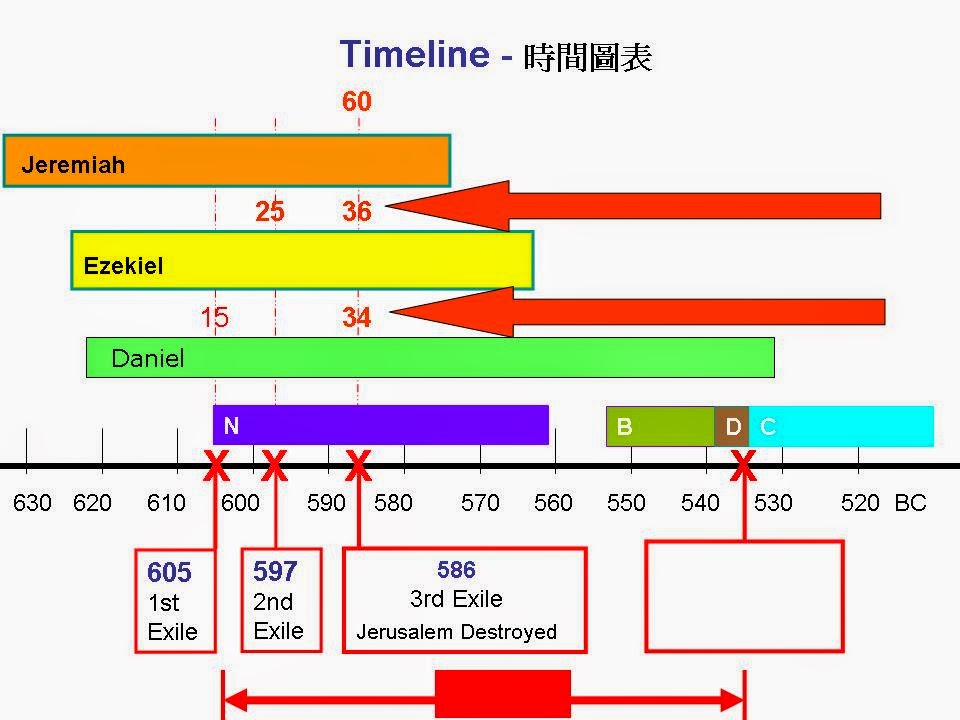 Please Take Note:  This is the first time in history when Israel as a nation was driven to a Gentile world.