When we study Daniel, bear in mind the other 2 prophets: Jeremiah and Ezekiel.

Take a look at the following "Highlighted Pink Box" below so that you can look at the significance of these 3 dates in the lives of the 3 prophets: 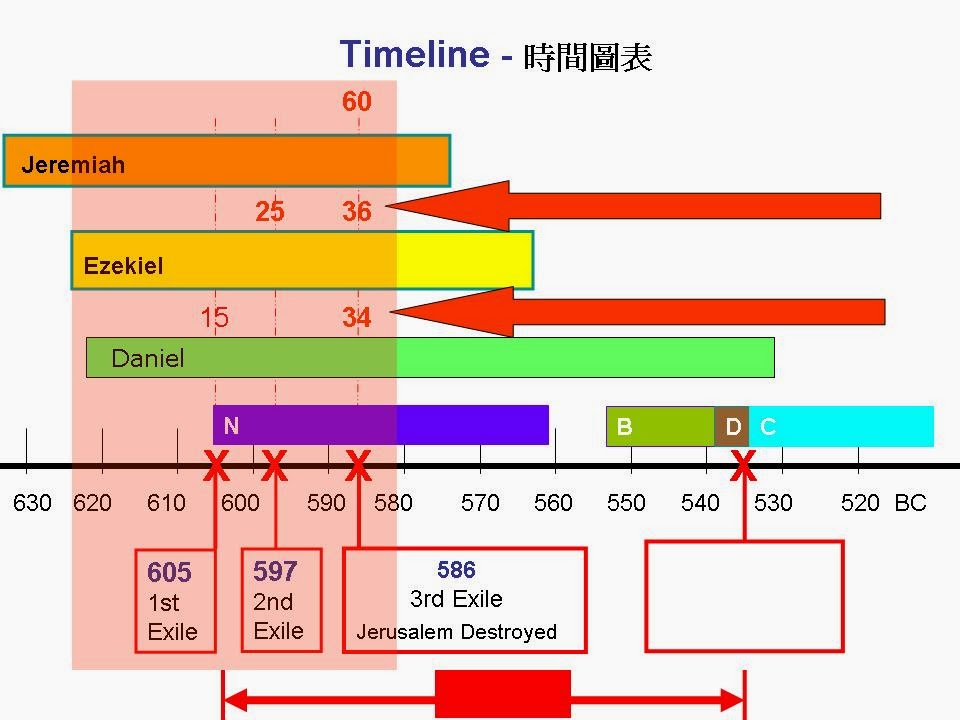 These 3 prophets lived in the same time period and they all experienced God's final judgment on Judah with the destruction of Jerusalem.


As you can see from the above graph: