It was a sad day when the Temple of Yahweh was burned.  The Israelites did not heed Jeremiah's warning.


In the fifth month, on the tenth day of the month—that was the nineteenth year of King Nebuchadnezzar, king of —Nebuzaradan the captain of the bodyguard, who served the king of , entered .  And he burned the house of Yahweh, and the king's house and all the houses of ; every great house he burned down.  And all the army of the Chaldeans, who were with the captain of the guard, broke down all the walls around . 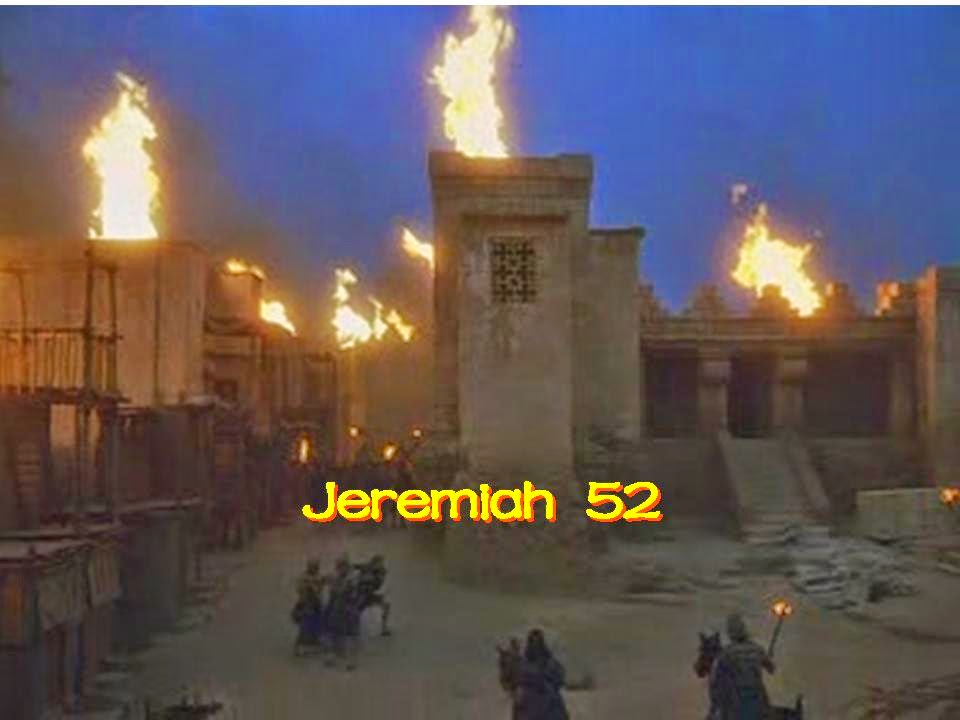 And the pillars of bronze that were in the house of Yahweh, and the stands and the bronze sea that were in the house of Yahweh, the Chaldeans broke in pieces, and carried all the bronze to .  And they took away the pots and the shovels and the snuffers and the basins and the dishes for incense and all the vessels of bronze used in the temple service;  also the small bowls and the fire pans and the basins and the pots and the lampstands and the dishes for incense and the bowls for drink offerings. What was of gold the captain of the guard took away as gold, and what was of silver, as silver.  As for the two pillars, the one sea, the twelve bronze bulls that were under the sea,  and the stands, which Solomon the king had made for the house of Yahweh, the bronze of all these things was beyond weight. As for the pillars, the height of the one pillar was eighteen cubits, its circumference was twelve cubits, and its thickness was four fingers, and it was hollow.  On it was a capital of bronze. The height of the one capital was five cubits. A network and pomegranates, all of bronze, were around the capital. And the second pillar had the same, with pomegranates.  There were ninety-six pomegranates on the sides; all the pomegranates were a hundred upon the network all around.

Jeremiah looked at the ruins ... cried and lamented for the desolation of Jerusalem. 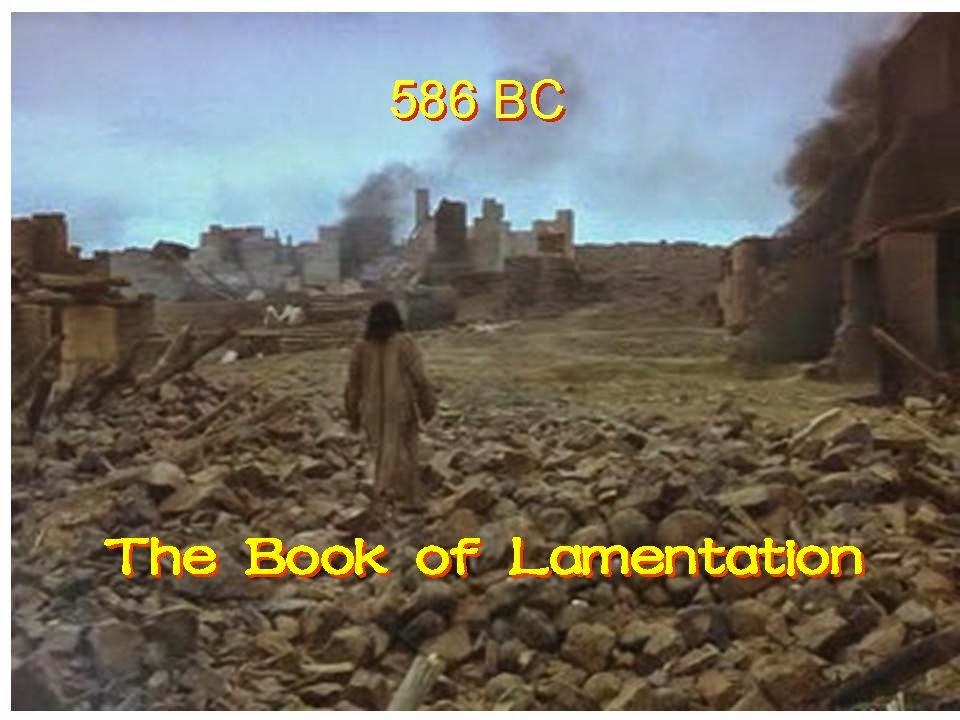 It was just as Jeremiah had prophesied "Thus says Yahweh.....I will make a heap of ruins,    a lair of jackals, and I will make the cities of a desolation,     without inhabitant."  (Jeremiah 9:11)


"Yahweh gave full vent to his wrath; he poured out his hot anger and he kindled a fire in Zion that consumed its foundations.  The kings of the earth did not believe,  nor any of the inhabitants of the world, that foe or enemy could enter the gates of Jerusalem."  (Lamentations 4:11-12)

This also raised a lot of questions in the minds of the Israelites about Yahweh God (Jeremiah 7:1-15), thus Ezekiel's prophetic messages.

This will whet your appetite to dig into the Book of Ezekiel.

Jeremiah was already an old man by this time at the destruction of Jerusalem - around 60 years old.  His ministry was coming to an end while Ezekiel takes over to proclaim Yahweh's words in Babylon, "Thus says Yahweh...."

Take out your Timeline Graph and fill in the approximate age of Jeremiah at the time of Temple destruction: 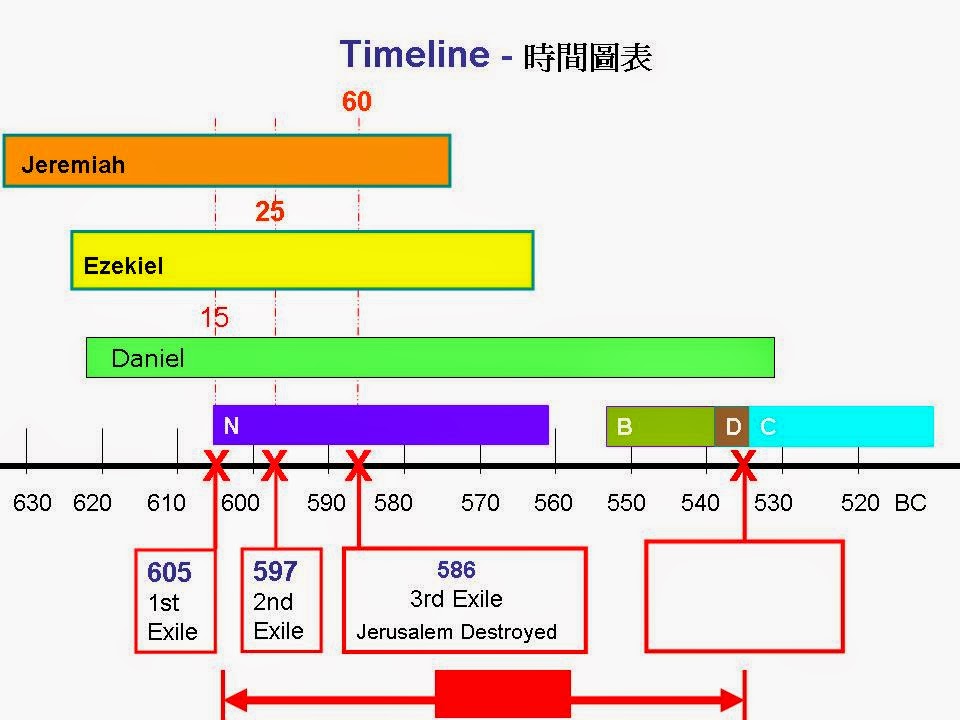 We must realize that Yahweh God is a cosmic sovereign God of all creation (Ezra 1).  Yahweh God was not Israel's puppet and no need to be held captive in Israel's box.  As we see in Daniel, Yahweh God is the King who is in control of all things including the judgment on Judah.  Our God is not limited to the land or to the 'Temple' made with hands, which the nation of Israel would never have learned without going into exile.  Yahweh God continued continued to be on His throne even in Babylon.