At the end of the time set by the king to bring them into his service, the chief official presented them to Nebuchadnezzar.  The king talked with them, and he found none equal to Daniel, Hananiah, Mishael and Azariah; so they entered the king’s service.  In every matter of wisdom and understanding about which the king questioned them, he found them ten times better than all the magicians and enchanters in his whole kingdom. 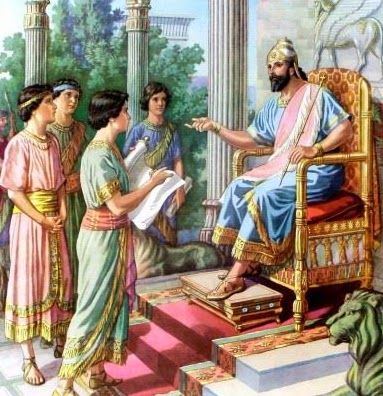 
God acted on their behalf so that the steward and even the King were  kind and gracious to Daniel.

When we stand up uncompromisingly for the truth, God always takes up our defense and works out His purpose.

Proverbs 16:7 says that "when a man's way please Yahweh,  he makes even his enemies to be at peace with him."


From the life of Daniel and his 3 friends, they portray to us what God can do to people who are faithful to God.

Yahweh God blesses people who are totally committed to Him. How precious this is indeed!

Where are these faithful people today?