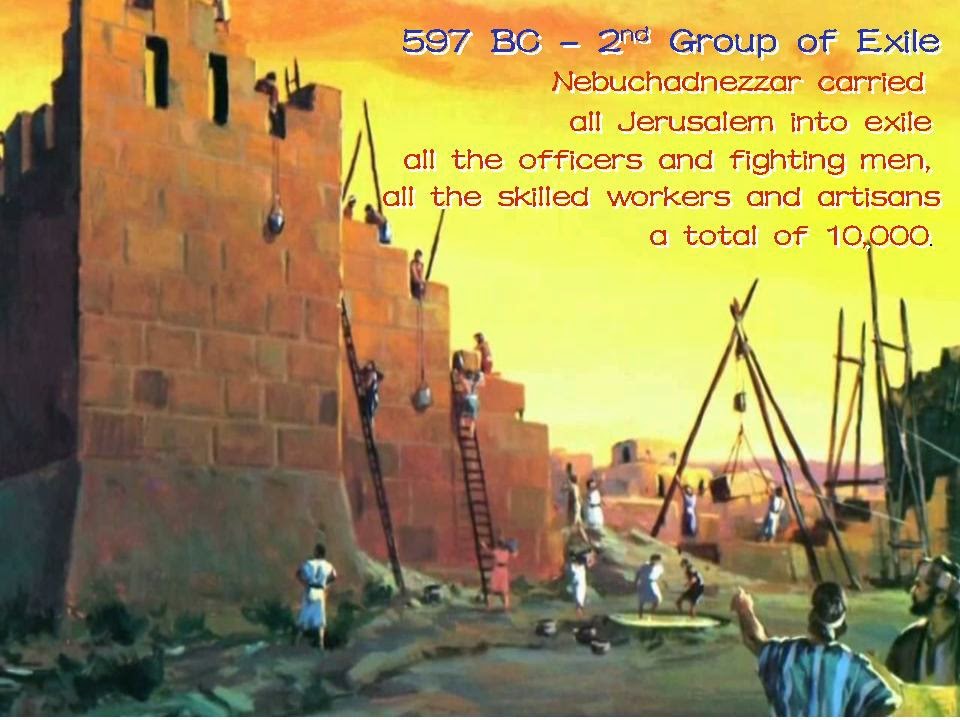 The Book of Daniel only tells us about the 1st group of exile in 605 BC.

In Dan 1:1-2, it says, "In the third year of the reign of Jehoiakim king of Judah, Nebuchadnezzar king of Babylon came to Jerusalem and besieged it. And the Lord gave Jehoiakim king of Judah into his hand, with some of the vessels of the house of God. And he brought them to the land of Shinar, to the house of his god, and placed the vessels in the treasury of his god."

This act would have warned the Israelites that they either subject totally to Babylon or everything will eventually be destroyed in Jerusalem and taken away in due time if they do not obey God.


This is why Jeremiah kept warning the Israelites and Judah kings to repent and surrender to Babylon, but they did not take to heed Jeremiah's warnings.

In 597 BC, Nebuchadnezzar came back to Jerusalem again to lay siege in Jerusalem and carried off the second group of exile.


This time, Nebuchadnezzar carried off all the treasures of the house of Yahweh and the treasures of the king's house.  They cut in pieces all the vessels of gold in the as Yahweh had foretold.  The King carried away all Jerusalem, and all the officials and all the mighty men of valor, all the craftsmen and smiths - a total of 10,000 captives.    King Jehoiachin was also carried away to .   2 Kings 24:10-16

Nebuchadnezzar ransacked the city for everything of value and carried away 'all' he could. Much of the population of Jerusalem were taken to become slaves in Babylon.  Only the poorest  people were left behind.

This event happened 8 years after the 1st Exile.

Take out your Timeline graph and write in "597 2nd Exile" in the second box. 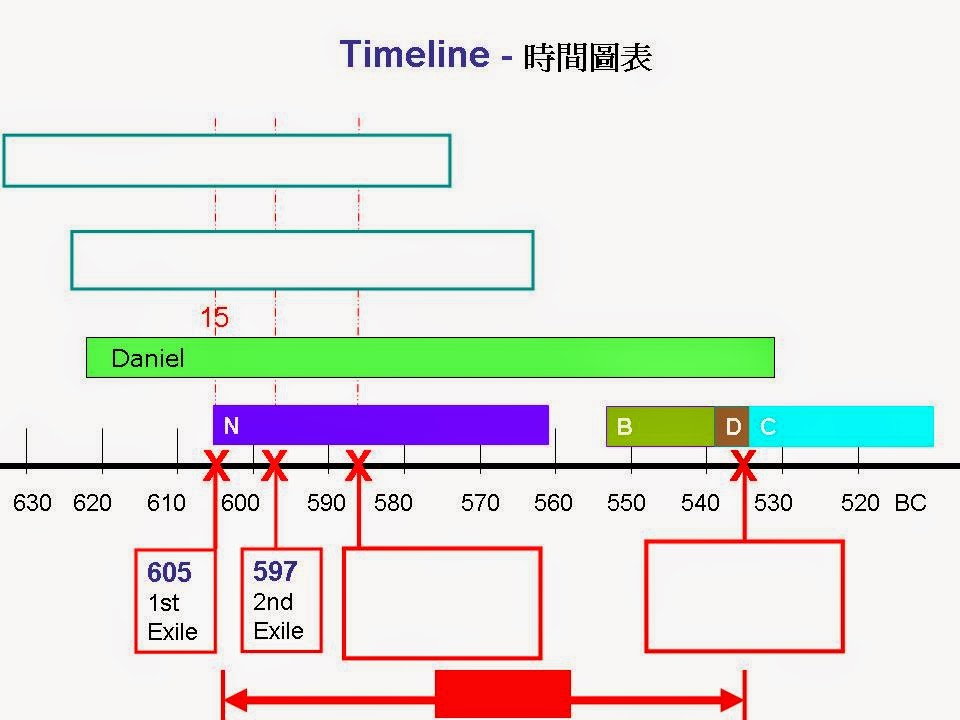