In our last post, we came to see who these 4 reigning Kings were in the Book of Daniel. 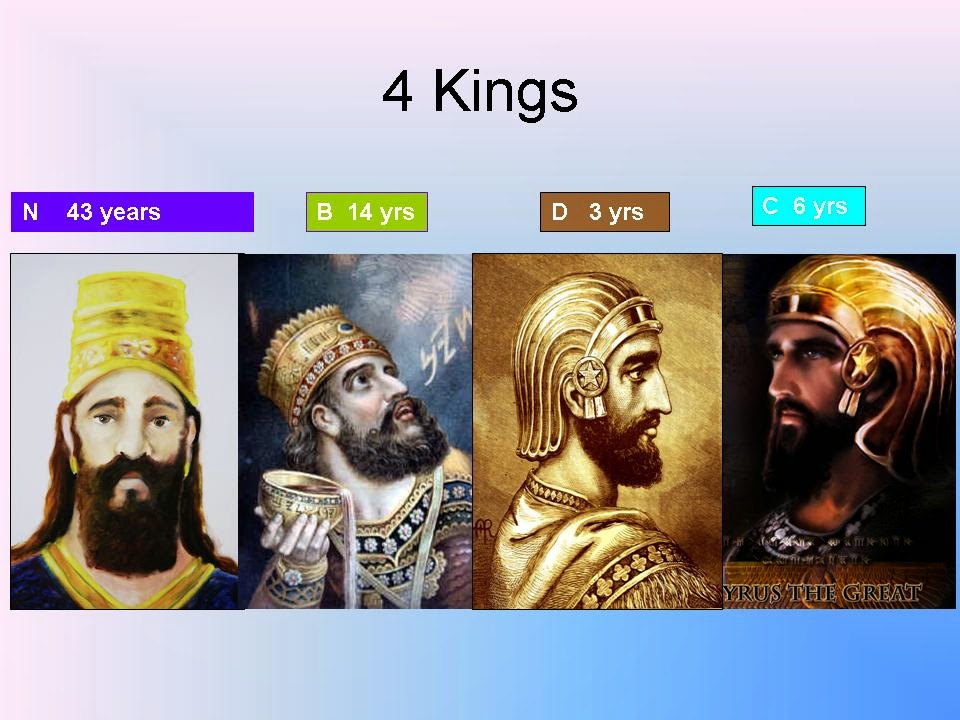 
If we look at the timeline again, we see a GAP between Nebuchadnezzar and Belshazzar? 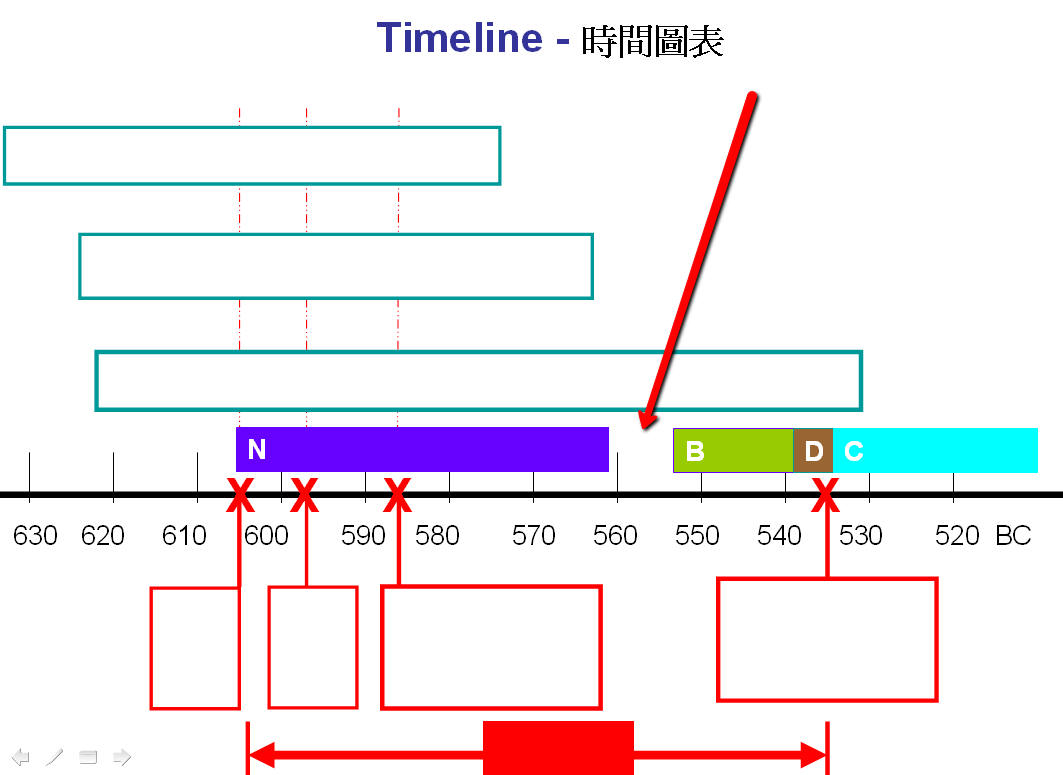 During the GAP, 4 different kings (Nebuchadnezzar's sons) reigned for a very short time and they are not recorded in the book of Daniel.  We need to look into the history books to fill in this missing pieces. 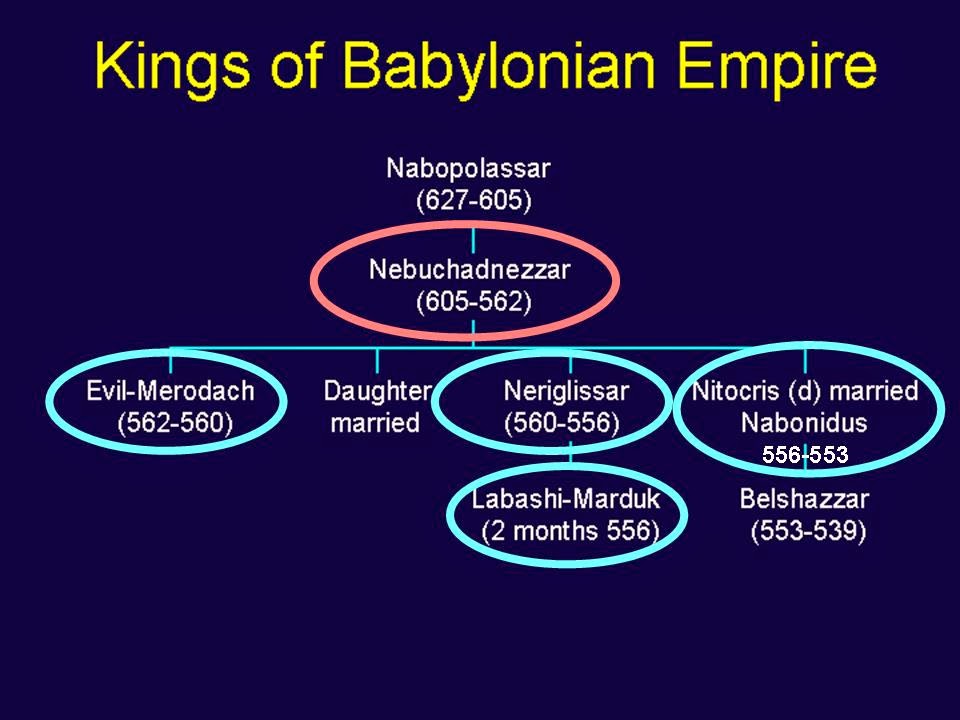 As you can see from the above table, Belshazzar is actually the grandson of Nebuchadnezzar.  He was quite young when he reigned.  His immaturity and wickedness led him to the final fall of Babylon.  We read about this in Daniel 5.

Now we can appreciate the political climate Daniel was in during the Babylon days.  Who would have thought that the great Babylonian Empire who boasted of its greatness would crumble so quickly, almost overnight.

After the fall of Babylon, the Medo Persian Empire conquered and ruled for another 200 years before Greece Empire took over.

Daniel lived through the transition of the Babylonian Empire to Persia.

From the Book of Daniel, we witness how the Babylonian kings always listened to the advice of  the humble prophet Daniel and how the Babylonian kings recognized Yahweh God is the God who rules over all the earth.  And even after the fall of the Babylonian Empire, Daniel's testimony was so great that even Cyrus the Great was touched by God. What is amazing is that Cyrus the Great issued the Cyrus Edict in 536 BC to let the Jews to go back to Jerusalem to rebuild the Temple of Jerusalem.  God was working behind the scene all this time.

Hallelujah!  Great is our Yahweh God who works out His wonders in His time!