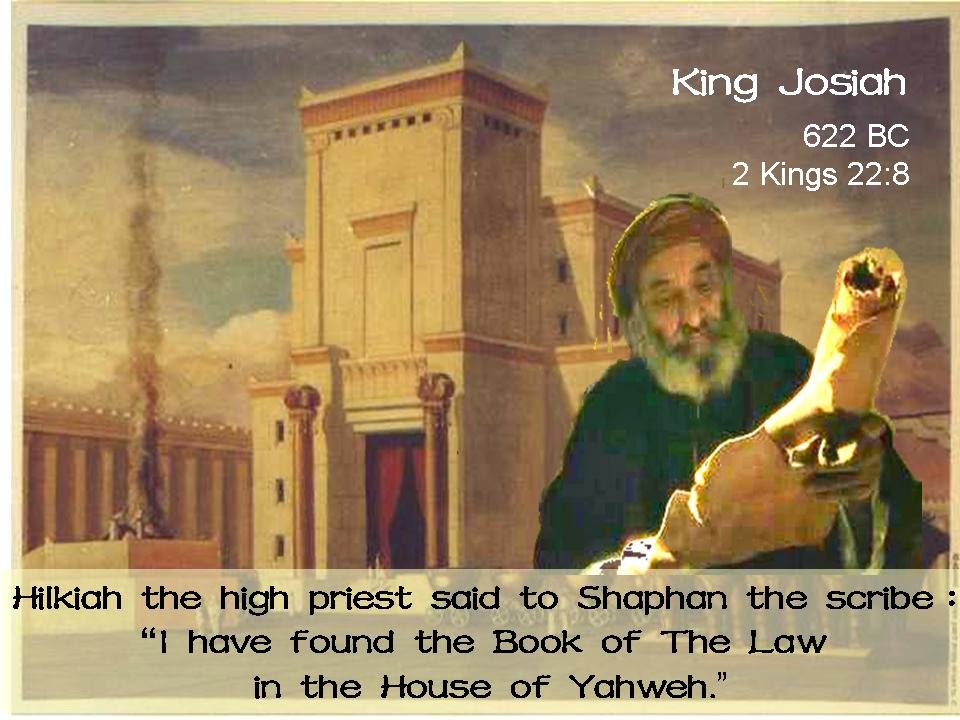 The early years of Daniel’s life was under the reign of Josiah in . Josiah was one of the few faithful kings of .

Daniel lived during the latter years of  King Josiah's reign.  Josiah was a good king: "he did that which was right in the sight of the Lord, and walked in all the way of David his father, and turned not aside to the right hand nor to the left" (2 Kings 22:2).

Josiah saw how the nobles and people of Judah had so grievously departed from God’s ways and sought earnestly to restore the true worship of the one true God.  So, it was said of Josiah "like unto him there was no king before him, that turned to the Lord with all his heart, and with all his soul, and with all his night—neither after him rose there any like him" (2 Kings 23:25).

In 622 BC, during Josiah's reign, God did a marvelous act.  The Book of the Law was re-discovered in the .  Josiah brought about a spiritual revivial by reinstituting the Covenant, celebrating a national Passover, and destroying idol worship (2 Kings 22-23).

Daniel grew up under Josiah's revival. This revival laid a strong spiritual foundation for Daniel and his friends for the coming exile and future destruction of .

In the next article, we will look at the most important Scriptural verse the whole nation learned from the Book of the Law as they renewed their covenant to the one true God under Josiah's revival.  Do you know which Scriptural verse this is? It is under this powerful spiritual climate that Daniel was brought up in.  All the parents would have taught the children this important golden verse in Scripture.