In the 3rd year of the reign of Jehoiakim king of Judah, Nebuchadnezzar king of Babylon came to Jerusalem and besieged it. ... Then the king commanded Ashpenaz, his chief eunuch, to bring some of the people of Israel, both of the royal family and of the nobility,  youths without blemish....to stand in the king's palace....Among these were Daniel, Hananiah, Mishael, and Azariah of the tribe of Judah. 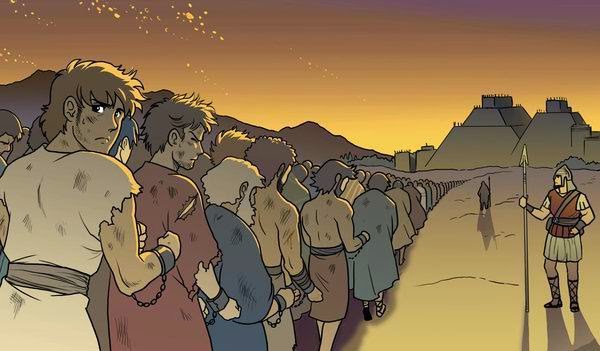 In 605 BC,  Nebuchadnezzar deported the first group of Israelites to Babylon.

The Bible tells us that Daniel, Hananiah, Mishael, and Azariah of the tribe of Judah were among the first exiles.  They came from royal and noble families and were given an oppportunity to be trained to serve in  King Nebuchadnezzar's palace.

These were mainly teenagers.

We can guess that they must have been in their growing teenage years.

Take your Timeline Graph out to put "Daniel" in the timeline. 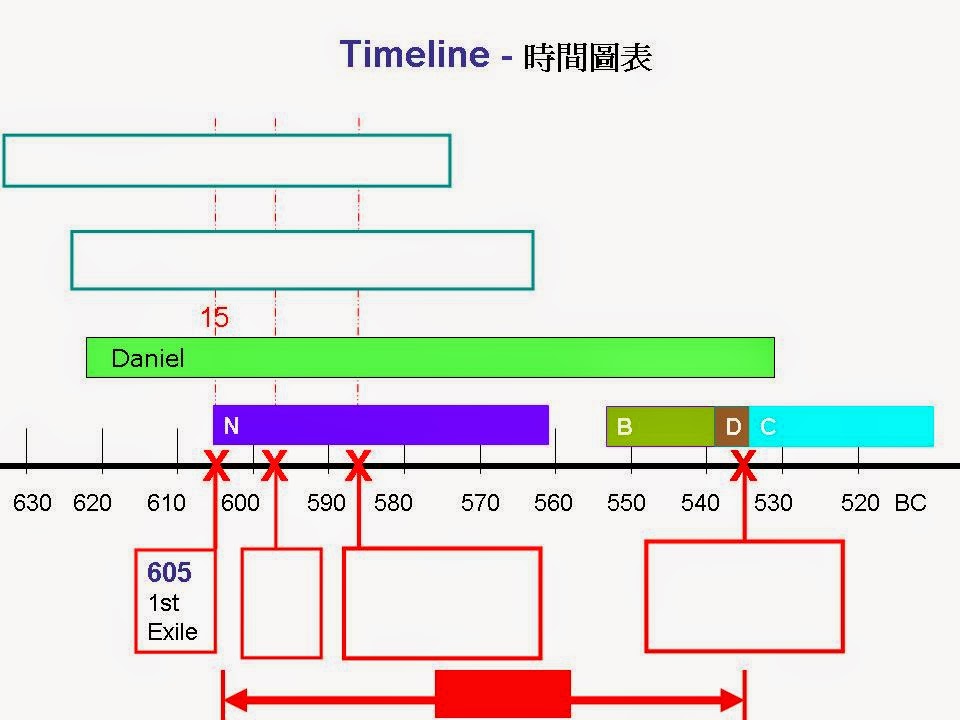 You know, Daniel lives in a 'special time' of the days of Judah. My beloved, a significant event happened in 622 BC.  Do you know what it is?  God did an amazing act in that year for the Israelites!  You need to bear these important insights to heart to get involved into the life of Daniel.  Daniel did not become a man of God by accident at all!  :)