10. Ezekiel was among the 2nd Exile 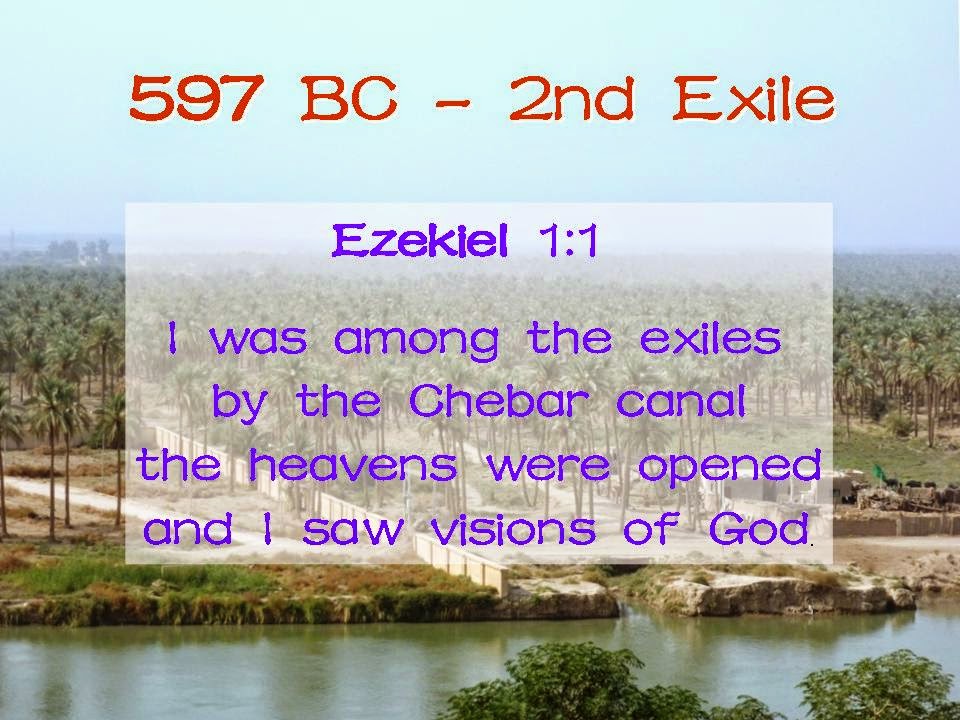 Ezekiel 1:1, "In the 30th year, in the fourth month, on the 5th day of the month, as I was among the exiles by the Chebar canal, the heavens were opened, and I saw visions of God. On the fifth day of the month (it was the 5th year of the exile of King Jehoiachin),  the word of the Yahweh came to Ezekiel the priest, the son of Buzi, in the land of the Chaldeans by the Chebar canal, and the hand of the Lord was upon him there.

Please take note that Ezekiel was at Chebar River when he saw the vision.  Chebar River is mentioned 8 times in the book of Ezekiel.

Tel-abib was located about 75 miles southeast of Babylon near the ancient city of Nippur.

Take out your timeline graph and let's fill in the following 2 points: 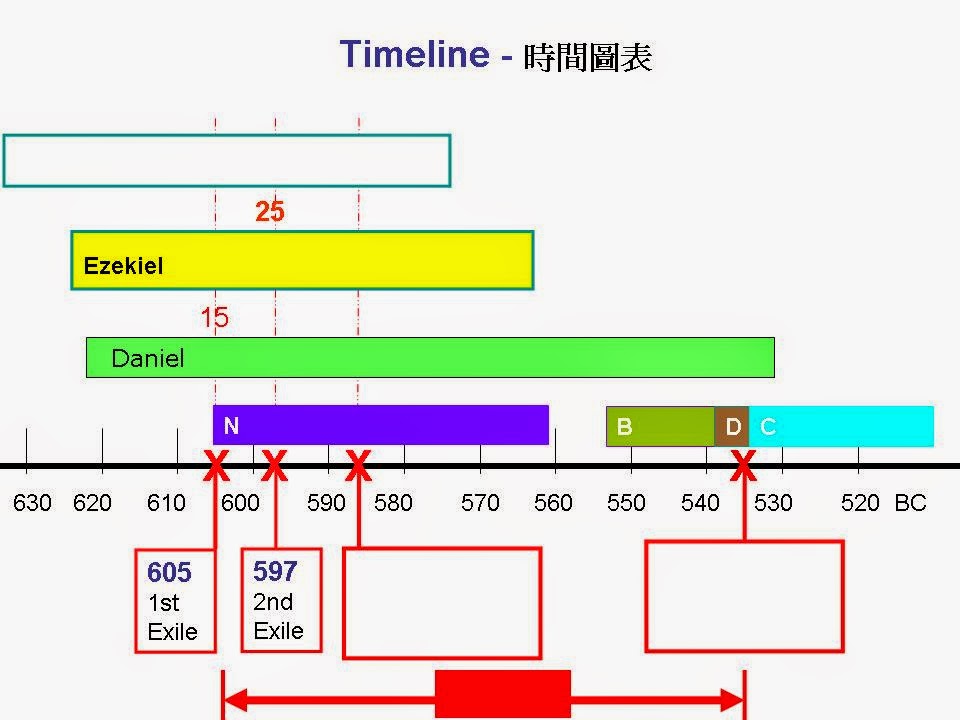 As we study Daniel, we also need to study the Book of Ezekiel alongside.